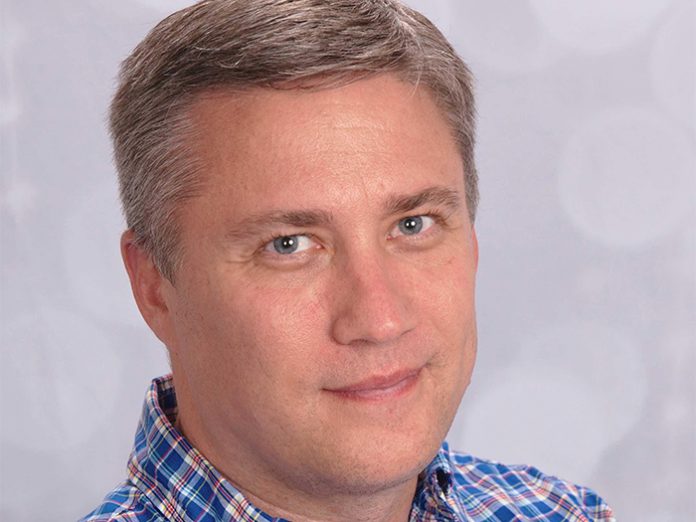 InReality has announced the addition of Ryan Cahoy, long-time Digital Signage veteran, to their executive team as Chief Revenue Officer.

InReality’s venue analytics platform harnesses multiple sensor technologies and data streams into one simple view of the most important metrics and KPI’s for businesses and retailers. In April, the company became one of the first companies in the AV industry to dedicate themselves towards helping companies address the complexities and challenges of managing occupancy risks related to COVID-19.

Knowing that the sensors necessary for ‘safe space’ screening and management would need to be enterprise-enabled, they quickly stepped up to the plate and re-engineered their platform to support the need. Creative Realities (NASDAQ: CREX, CREXW) launched the first InReality-powered sensor with the Thermal Mirror temperature inspection bundle, a move that set InReality on a new growth path via global resellers, ecosystem partners and the enterprise-enabling of other screening sensors.

Ryan, a well-known industry veteran, literally cut his teeth on AV. He joined Daktronics at just 19 years old, and the experience set his life’s course. After five years with the company, he joined Rise Vision and spent almost two decades growing the company, eventually becoming their Managing Director. Both roles involved working closely with sales, marketing and creative design, spanned across hardware and software, and involved working across many verticals such as banking, education, hospitality and retail. This experience, along with industry leadership posts such as his current post as Executive Board Member of the Digital Signage Federation, made him the ideal pick for InReality’s next chapter of growth.

“I have always described myself as someone that helps people use technology to create spaces that make customers stop and say “wow”,” shared Ryan. “I’ve known the InReality leadership team for decades and, like them, never thought I’d one day use my skills and product to help businesses literally stay in business. I’ve been with the company a mere handful of weeks, and we’ve already accomplished monumental things. It’s exciting to play a role in this momentum.”

InReality’s executive team was initially cautious about jumping into this new category. Fueled by almost a decade of iterations of their software platform–all stemming from in-the-trenches, unforeseen business requirements–they were uniquely suited to anticipate the operational complexities these new ‘safe space’ sensor solutions would be facing. Wide-ranging workflows and data policies would need to be supported and iterated, alerts would be necessary to deal with anomalies and unexpected situations and the dashboards, reports and compliance audits would need to be simple, streamlined and managed across multiple sensors and locations. It was something few platforms could support, but InReality’s was ideally suited for it.

Ron Levac, InReality CEO, expanded. “We’ve known Ryan as both a respected industry leader and friend. Getting into this Safe Space world was a bet early on, but we felt strongly about our ability to help address the challenges enterprise businesses would face. We were right, and the resulting growth required a unique talent to help steer us forward. We collectively considered the top pick for this critical role, and Ryan was the person we all chose. We’re over the moon to have him, and the value that he brings to every internal and partner conversation is already apparent.”

“We have a very tight-knit industry, and I’ve had the pleasure of knowing and working with many incredible people and companies,” Ryan continued. “The opportunity to bring the power of this incredible software platform to support such an important purpose is thrilling. We’ve had to move faster than we thought possible, and our early pilots have informed our product in ways that will save both sensor manufacturers and end users monumental headaches and investment risk. I look forward to expanding our network of partners with the many companies in my inner circle, while also expanding it with new ones.”