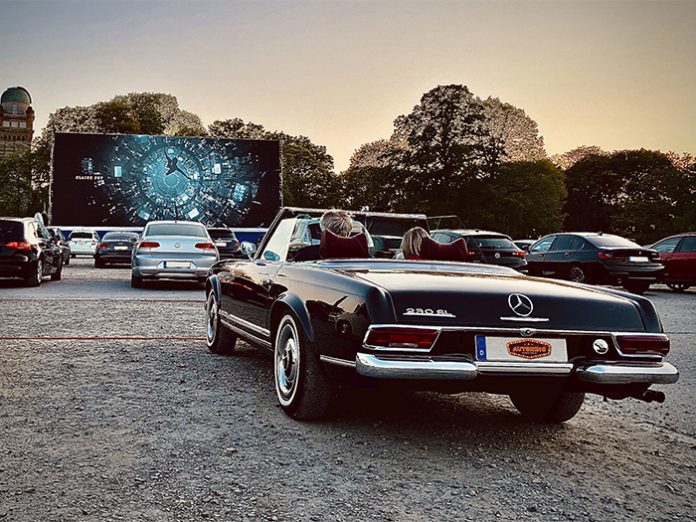 Special times call for special solutions. Instead of large LED displays for trade fairs and events, large format LED video wall solutions are now being used for drive-in events. Visitors can now experience entertainment safely and at a distance from each other outside the home, with the family or in pairs.

Kolja Birkenbach from Innlights Displaysolutions noted: “The tried-and-tested drive-in format is currently experiencing a revival. Thanks to bright LED technology, the image is bright and completely independent of dusk or dark. This allows organizers to freely plan their program.”

InnScreen Y4 HE and X4 HE were used, whose LED modules differ only in their size. Planning and implementation of the project was carried out by Innlights Displaysolutions. This also included the application and approval of the exclusive VHF radio frequencies for the sound transmission via FM transmitter. This enables viewers to receive the sound directly from their car radios. Innlights also supplied the playback technology for the drive-in cinema on Schützenplatz. The in-house technicians look after the media installation on a daily basis.

Movies are shown in the afternoons and evenings. In a second installation, Innlights also installed an LED display with a width of 18 meters and a height of 7.5 meters for the drive-in cinema on P4 at Paderborn Airport on April 29, 2020. With the high-resolution LED wall 4,608 x 1,920 pixels, a very high image contrast and the brightness of 4,000 cd/m², the pre-program and cinema films shine in the best quality. The fully compatible InnScreen Q3 HE and InnScreen R3 HE LED modules are used.

The entire project was implemented by Innlights on behalf of Impossible Show Solutions GmbH from Hamburg. This also included the planning of the Layher scaffolding for the free-standing 135 sqm screen. The construction was developed in cooperation with the company Thöne und Partner.

“As part of our full service, we use trained industrial climbers and have driving permissions for all vehicles and lifting devices required on site. We set up the LED wall in just two days. Amongst other things 40 t of weights placed for protection”, said Kolja.

Thomas Klem, managing director of Innlights Displaysolutions, sees the revival of the drive-in cinema as a success story: “We currently have many inquiries for drive-in cinema solutions and are already implementing other projects, not just for the playback of cinema programs.”