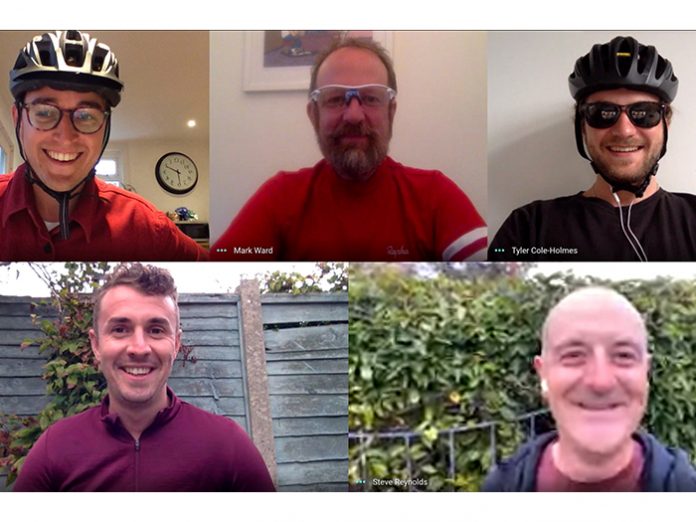 Starting in Newcastle on Saturday 3rd October and finishing in London on Sunday October 18th, five industry stalwarts (plus one driving the bus!) will cycle between 80 and 125km per day, representing the UK tour season that never happened this year. Stopping off at over 50 of the most iconic festival, tour and performance venues that have all been standing empty, dark and silent, since the start of lockdown, all in all the tour will cover over 1,500km. (See tour locations and route map below.)

The tour aims to raise awareness of the plight of the million-plus workers in the UK events industry, a sector regarded as the best in the world, to raise funds for Backup #WeMakeEvents’ chosen charity that provides help to employees, freelancers and their families suffering in the entertainment sector, and to kick off ‘RESTART’, the next phase of the #WeMakeEvents campaign.

The five riders and driver of the support vehicle, provided by Crossland Bussing, all have established careers in the events industry, having worked with the biggest names in the world including Coldplay, The Rolling Stones, Taylor Swift, Roger Waters, Florence & The Machine, Mumford & Sons and more. Heading up the initiative are Steve Reynolds and Loud Sound colleagues Mike Trasmundi along with. Mark Ward of Proper Productions and colleagues Harry Ford and Tyler Cole-Holmes.

According to Steve Reynolds it was so important, professionally as well as personally, to try to help. “Having worked in the entertainment and events business for so many years we all felt we HAD to do something, both to raise awareness to the public, who rarely see us behind the scenes, and inform the Government of the impending collapse of this sector, one that has grown year-on-year and is regarded as the best in the world, and is on the brink of collapse.

“Most of our friends and colleagues work in this industry, we know their families and they are suffering. In fact, it’s like a big extended family, and we couldn’t stand by and let it just disappear without trying to help. So, to anyone reading or listening, please come and join us (it’s imperative for safety and COVID compliance that everyone has to register) or, if you can, make a donation on our donations page, thank you so much.”

Gary White of #WeMakeEvents added: “We’re delighted Steve and the team are helping in this way. It’s a typically generous gesture that we’re used to seeing from this industry. We’re extremely aware that many in our industry are suffering a sharp decline in their mental health and, with little or no work or income for the past six months and no prospect of jobs until at least spring 2021, it’s important that we all pull together and raise funds to help them. If you’re thinking of joining the ride, why not invite an industry friend who might be in that position to get involved to join you for the day and be a part of it.”

To get involved you must register at https://www.eventbrite.co.uk/e/the-survival-tour-tickets-122224255037 and join the team for a day’s ride, or, if that sounds a little too energetic, you can help by donating to the charity on https://we-make-events.raisely.com/thesurvivaltour.