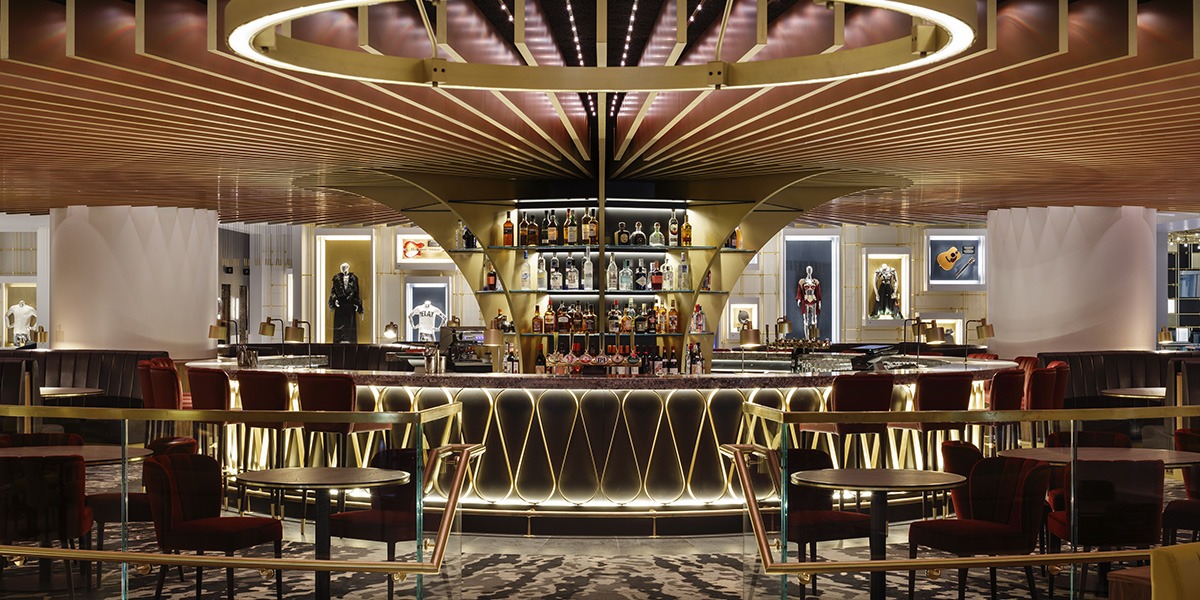 Formerly the Grand Cumberland Hotel, the infamous rooms have been the regular resting and partying places for the likes of Jimi Hendrix, Buddy Holly, Diana Ross and Bob Dylan – making it an ideal setting for a flagship rock-themed hotel, restaurant and bar.

Let's take a look at some of the amazing memorabilia we have collected here @hrh.london. We love to celebrate music legends in the form of our memorabilia collection.⁠ Today we wanted to show you a white velvet suit worn by Black Sabbath lead guitarist, Tony Lommi's, on his wedding day to Susan Snowden in 1973⁠ ⁠ #memorbiliamonday #hardrockhotellondon

One of the main challenges for the space was to make sure there was a consistent atmosphere throughout the hotel’s public spaces – the entrance, the Rock Shop, reception, lounge bar, cocktail bar, the Rock Royalty check-in area and lounge, and, of course, the large restaurant area with its stage and four main seating areas for over 200 covers. Basically, a complete audio overhaul – with even the toilets being part of the scheme.

Nick Highton, Associate Director at Blend, the company responsible for the audio design, takes up the story: “We were appointed by GLH Hotels as part of a multi-phase hotel refurbishment, via competitive tender process. The ground floor Hard Rock Café was the first of three subsequently phased sub-projects. We received the Hard Rock technology standards and exceeded them in almost all criteria. The Hard Rock standards aren’t the most rigid we’ve seen, which, quite rightly, paves the way for variance across their properties owing to differing geographic and design uniquities. For this reason, we had some creative license, and our design principles were not stifled.

“We and the rest of the design team were aligned to the RIBA (Royal Institute of British Architects) work stages. During Stages two and three – Concept and Developed Design – we built in a sound budget deserving of a Hard Rock property. It followed recently having heard a very impressive d&b sound system in Bar Tausend in Berlin, and attending a d&b demonstration day in The Royal Central School of Speech and Drama. We had d&b in mind from the outset – we acoustically modelled the various spaces throughout the café’s interiors and selected products around the results.

The Stage three design and budget was approved, so we proceeded to carefully coordinate positioning, mounting and setting out of loudspeakers with the interior designer in order to achieve the best possible performance and aesthetic.”

It was important that there was a uniform ‘voicing’ across the installation, to make sure customers didn’t get any nasty surprises. Rather than going for d&b’s ‘rider-friendly’ or familiar ranges like V-Series or Y-Series, Blend opted instead for d&b’s larger xS-Series point source installation boxes – the 12S and the 18S-SUB – for the stage, and smaller xS-Series components for the rest of the installation. The bigger boxes are capable of delivering a powerful live performance and, crucially, have ensured that the voicing remains consistent throughout all of the hotel’s public spaces.