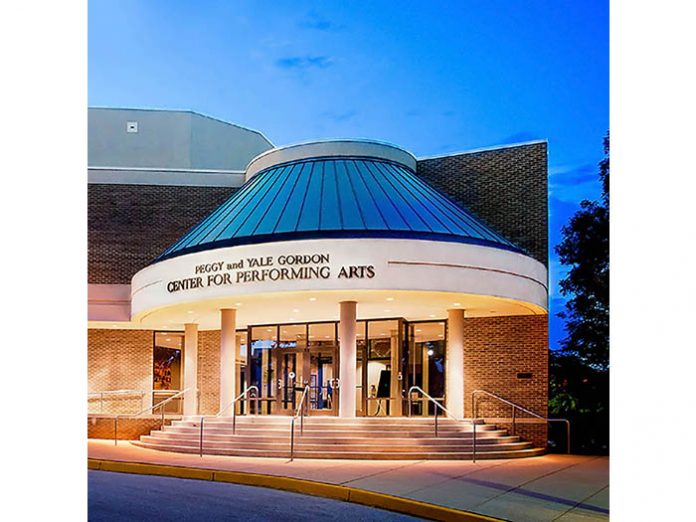 The Gordon Center for the Performing Arts is an acoustically-stunning, 550-seat venue in Owings Mills, Maryland, a suburb of Baltimore. A regional cultural clearinghouse, the Gordon Center hosts all manner of musical acts, from local to national, dance performances, comedies, plays, lectures, family shows, and films.
With the help of Baltimore-based A/V integration firm HP Electronics, the Gordon Center recently upgraded its sound reinforcement system with Danley’s SH-96HO loudspeakers, Danley TH-118 subwoofers, and Danley’s new DNA-Series amplifiers, with onboard DSP and presets for every Danley loudspeaker and subwoofer.
“When the Gordon Center decided it was time for an upgrade, several loudspeaker shootouts were arranged that ultimately pitted a dozen or so loudspeaker manufacturers against each other,” explained Joe Schwartz, A/V sales designer at HP Electronics. “At the outset, they wanted to avoid a line array solution because of its dominant visual aesthetic and their preference for the sound of point source boxes. The fidelity and impact of the Danley boxes really wowed them and won the day.”
Three beefy Danley SH-96HO loudspeakers form a left-center-right system that covers all of the Gordon Center’s permanent seating. Four Danley TH-118 subwoofers flown above and behind the center SH-96HO provide ample low-end support, and a Danley SM-96 provides front fill when the orchestra pit is used for seating. An existing Allen & Heath DLive console feeds three new Danley DNA 20k4 Pro amplifiers, which deliver twelve channels and 60,000W total in just six combined rack spaces. HP Electronics technician David Martin relied on the Danley DNA onboard DSP processing and Danley’s presets to provide ideal starting points during system tuning.
“The client really made the call for Danley on this job, but it made our jobs easier as well,” said Schwartz. “They have exceptional pattern control, and Danley loudspeakers and subs sound awesome right out of the box, especially with the Danley amps. Very little tuning is required, and we don’t have to work very hard to get a system that sounds fantastic.”
www.danleysoundlabs.com
www.danleysoundlabs.com