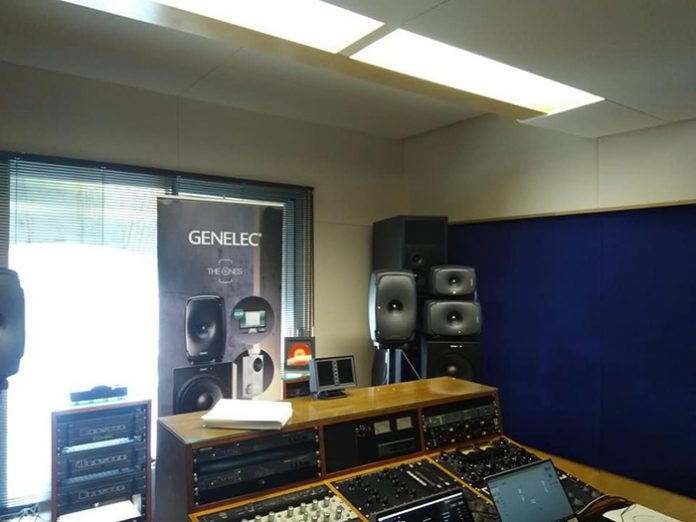 DIGITAL EXCLUSIVE: Genelec has recently announced the expansion of The Ones Series of ultimate point source monitors. To celebrate this new growth, the Finnish, professional audio pioneers held an exclusive launch event at the iconic Metropolis Studios in London, UK. Many innovative and ground-breaking performers, from Queen to Lady Gaga, have passed through its doors, so the studios seemed the perfect place to host the legendary Genelec team.

The event took the form of a presentation led by Siamak Naghian, Managing Director at Genelec, in which he and others from the team showcased the newest additions to The Ones family to a room of press, producers and studio technicians, discussing everything from the ideas that formed the products to the science behind listening.

The three newest additions to The Ones Series include; the 8351B and 8361A coaxial three-way monitors alongside the complementary W371A adaptive woofer system. Exploring them further, the 8361A three-way coaxial monitor has extremely high dynamic range, unrivalled directivity and imaging and a short-term SPL of 118dB with peak levels even higher. The 8361A also features two newly-designed acoustically concealed subwoofers – generating high SPL output with extremely low distortion.

The newly upgraded 8351B shares much of the technology of its other Ones siblings and benefits from the many recent advances in electronic, mechanical and acoustical design that Genelec has continued to pioneer. Drawing inspiration from the electronic design of the 8341A and the driver technology of the 8361A, the 8351B revision has managed to improve on the exemplary performance of its predecessor by offering increased SPL, additional room compensation EQs, equalised delay and enhanced high frequency response.

The W371A adaptive woofer system is designed specifically to seamlessly complement 8341, 8351 and 8361 monitors, and in conjunction with these models create a series of full-range monitoring solutions with unrivalled neutrality and supreme levels of control over directivity and the effects of room acoustics. For the first time ever, studios can now experience all the benefits of a main monitor, but with the freedom to locate this free-standing system in optimal positions within the control room; even providing the option to switch between nearfield and main monitors without image-shifting.

As part of Genelec’s Smart Active Monitoring family, all models in The Ones range integrate tightly with Genelec’s GLM software application, which can configure, calibrate and control entire Genelec smart monitoring systems. GLM is able to minimise the listening room’s influence on the sound, enabling the user to produce mixes that translate perfectly to other systems, whether the format is mono, stereo or high channel count immersive.

With the event being held directly in Metropolis Studios, it seemed silly not to hear the new additions for ourselves. Following on from the presentation, groups were led around three different studio set-ups which showcased the sheer power and range these new additions are capable of. Seamlessly switching between the groove of Chic to the sombre tones of classical composition, The Ones monitors are capable of creating unique and immersive experiences through audio and work extremely well in these studio environments.

Commenting on the launch, Siamak said: “No other family of studio monitors can offer this level of coherency, control, neutrality and sheer ability to adapt to any acoustic environment. From the ultra-nearfield precision of the 8331A to a full-range system comprising the 8361A and W371A, our point source technology is now fully scalable, broadening its appeal further and maintaining The Ones’ position as the industry’s benchmark for truthful reference monitoring.”