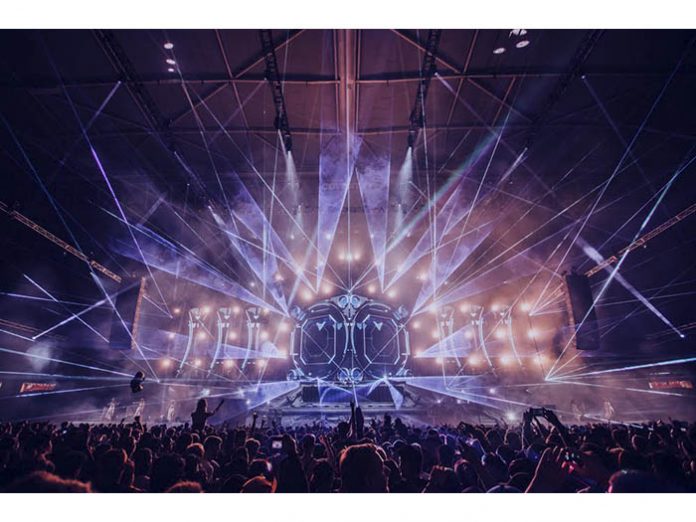 Melbourne-based audio specialist, Full Throttle Entertainment, has invested in a Vero sound system from Funktion-One. According to company founder, Adam Ward, the addition of the vertically arrayed loudspeaker system equips them to do bigger shows and answers the requirements of a wider range of clients.

Adam said: “Full Throttle Entertainment has been deploying the Resolution Series with much success for a number of years. We were consistently being approached by our clients to do bigger and bigger shows. Vero is the answer in addressing these large format requirements, as well as bringing what is, in my opinion, a new benchmark to live touring.

“Vero opens up a lot of different markets for us. Many clients need to see speakers look a particular way and irrespective of how amazing Vero sounds, it has the look many corporate and live clients want to see. We previously couldn’t get our foot in the door but now there is a whole new client base interested in talking to us.”

Vero is the brainchild of Funktion-One founder and pro audio industry pioneer, Tony Andrews. It is a complete system – featuring loudspeakers, amplification, rigging and software – that combines outstanding sonic performance with ease of use. It is arrayable, meaning it can be deployed quickly, yet its audio quality and efficiency are uncompromised.

Adam continued: “From the beginning, we were excited to see what Tony would do next with loudspeaker design, and with Vero we were not disappointed. The product really raises the bar in terms of sound quality, while offering the discrete appearance that certain clients look for. After many discussions with Tony and an invite to the Funktion-One HQ in England to hear Vero, we just had to add it to our inventory.”

Full Throttle Entertainment played an important role in Vero’s development by deploying a beta version of the system at a number of events before it was officially launched. This meant that Ward and his team had an opportunity to work with the system and build their understanding of it. Adam’s visit to Funktion-One provided an opportunity for more training. Funktion-One founder, John Newsham, who worked with Andrews to develop Vero, then travelled to Australia to join Ward for the Googoosh concert in Sydney. This provided a real-world, one-to- one training scenario, and an opportunity to complete the training process.

Adam’s journey into pro audio started in 1989, when he attended his first underground warehouse party in Sydney. In the years that followed, he worked on events throughout Australia, America and Europe. In 1999, he set-up Full Throttle Entertainment in the entertainment capital of the world, Las Vegas.

It was here in the early 2000s that he first became involved with Funktion-One. Much later, and after returning home to Australia, Adam recognised that there was an opportunity in the Australian marketplace for Funktion-One. In October 2011, he formed Full Throttle Entertainment, which quickly became the go to company for Funktion-One in Australia, as well as a leading supplier for technical services, nightclub design, event production, and tour management.

Tony Andrews commented: “We’re very happy that there is now a Vero system in Australia and that it’s in the hands of a company that is not only technically proficient but also very knowledgeable when it comes to the demands of the market there. Adam and his team have already had some fantastic results with Vero. I’m certain that there are many more to come.”