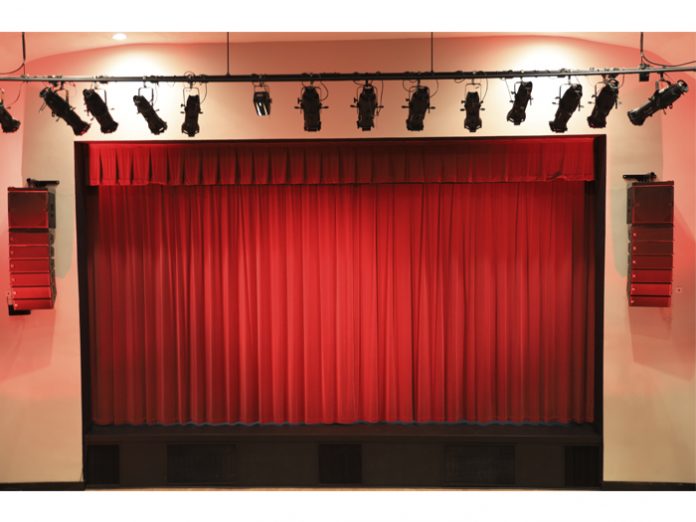 A Martin Audio WPM loudspeaker system has taken pride of place in the local community-owned and operated Festival Drayton Centre in Market Drayton. The installation was carried out by long-standing specialists, B.S.B. (Sound) — set up 50 years ago by Elwyn Bickley and two partners. Today one of the largest outdoor PA contractors of its type in the UK, the company also undertakes pro audio installations.

“We had been looking forward to getting involved with Martin Audio for a long time and when this project arose, we knew the brand would be a strong contender,” stated Director Martin Bickley. And with the assistance of Martin Audio product support engineer, Robin Dibble, with whom they had already developed a close relationship, the new design was brought to fruition.

B.S.B. has been involved with the venue for many years, engineering their live events, helping them meet rider requirements and installing and maintaining sound and lighting equipment.

Explaining the latest upgrade in a venue that had begun life as a Methodist chapel, Martin stated: “We were asked to specify a new PA system, as they often hosted live events which involved bringing in additional PA to cope with the requirements of bands. They decided they wanted to be able to tackle this in-house and were determined to ensure the PA system was absolutely first class. This is exactly what Martin Audio provided.”

The new PA system needed to be both aesthetically pleasing as well as sounding good, and the system was designed by Robin Dibble based on these client requirements. “Space is at a premium and six WPM modules a side ensured we could maximise sound levels and quality without taking up a massive footprint. The addition of two SXP218 subwoofers meant that we could remove them from the space when not required—for smaller events—and rely on the SXF115, which were hung one box per side, with existing Martin Audio cinema sub-bass 18” subwoofers under the stage.

“We had been particularly interested in how we could achieve even coverage across the whole space—something that Martin Audio is leading the way on with its DISPLAY software,” Martin continued. “We were also impressed with the scalable resolution and advanced system optimisation capabilities from relatively small boxes and a small amp rack.

“At first we considered a two-box resolution, but we decided, in the end, to increase the budget and go for a single box resolution, and we are pleased we did—it sounds fantastic,” declares Martin.

However, other obstacles needed to be overcome. “Hanging from the existing infrastructure was not an option due to the weight limits of the roof, so we asked a local engineering firm to design and make two brackets to the exact angles required to hang the system.”

As B.S.B. Sound Ltd had only recently upgraded the front end they merely needed to install a Dante card and CAT5 cabling to run the new system entirely on Dante.

Robin Dibble himself commissioned and tuned the system and advised the venue’s technical manager, Peter Morris, how to use the software to tweak amplifier settings. “Everything has worked without a hitch,” confirmed Martin.

As a result, the 200-capacity venue can now host a wide variety of events—from talks to full scale bands and theatre, comedy acts, conferences and meetings—with complete confidence.

In summary, Martin stated: “The venue’s technical manager Peter Morris also has a very critical ear, being a massive fan of everything hi-fidelity. He was more than impressed with the new system and remarked how he couldn’t help but spend hours listening to his lossless music collection on the new system. The venue’s Chairman, Geoff Vernon was also incredibly impressed and remarked how this was potentially the best sounding small theatre in the country.’