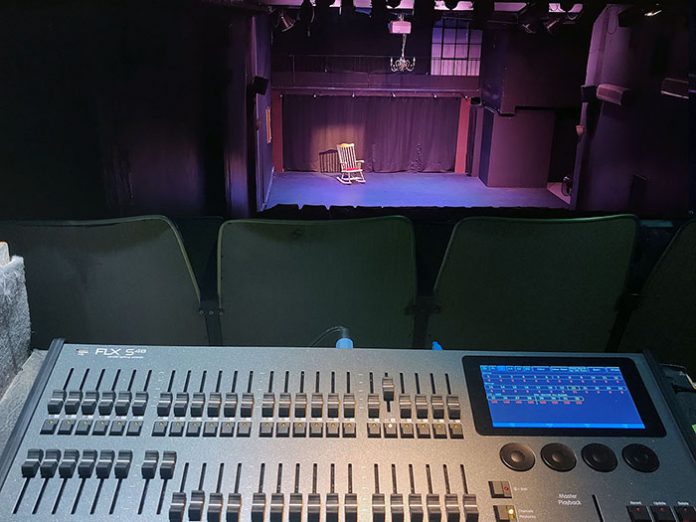 Award-winning Eleftheri Ekfrasi Theatre in Athens, Greece, is a lively and proactive family owned and run business, benefitting from the passion and enthusiasm of a compact and dedicated team headed by Nikos Koutsaftis, who is also venue’s chief of lighting.

Producing classics from Shakespeare, Moliere, Carlo Goldoni, and many more, Eleftheri Ekfrasi Theatre is also renowned for offering a great line up of stand-up comedy and is acclaimed for its children’s theatre productions which have won several accolades and European awards.

Recently, Nikos has been busy overseeing a technical refit in the lighting department, which has included the purchase of a brand new Zero 88 FLX S48 console … which he loves!

It was his first Zero 88 product, but “It certainly won’t be the last,” he declared with pride.

Nikos was recommended to look at Zero 88 by his friend, Antonis Panagiotopoulos, who is one of the most popular and prolific lighting designers in Greece. For many years he was the chief lighting designer of the Athens Concert Hall (Megaro Mousikis Athinon).

Antonis and Nikos are long-term family friends, and Antonis has been entwined with the origins of Eleftheri Ekfrasi Theatre since the beginning 21 years ago. He knows Zero 88 from his own extensive work with and in many venues and theatres in Greece.

Nikos wanted a high-quality professional brand to replace their previous lighting console, and one with a solid reputation for user friendly and cost-effective products, so Zero 88 and their FLX range ticked all the boxes.

It is controlling approximately 80 lights at the theatre which includes 10 moving heads – soon to be increased – plus a mix of LED sources and conventional fixtures.

As an experienced lighting professional working on a wide range of different productions, Nikos was impressed generally by the features and functionality of the FLX range, especially for the small size. “I like the simplicity of the console, the power and the flexibility,” he stated, adding that he finds it “extremely easy to use,” as well as quick and logical to programme and use to create fluid sequences, cues, and scenes.

“Like most LDs, I am often under time pressure, so anything that can assist the process and make it quicker and easier is just fantastic!” he declared.

In addition to being delighted with the FLX S48 itself, Nikos appreciates the excellent service and technical support from both Zero 88 and Greek distributor Bon Studio, which is also based in Athens.

Nikos looks forward to having a chance to properly utilise his FLX S48.

Everyone at the Eleftheri Ekfrasi Theatre, including Nikos’s mother Mairy Igglesi and sister Eirini Koutsafti – both well-known actresses – is looking forward to creating great shows again and, most of all, to performing to live audiences.

A new work for kids written by Eirini Koutsafti is in the pipe, addressing the benefits of recycling and the importance of helping the planet survive in the global warming crisis … and there is a constant stream of ideas and many other future plans, all based on their collective love for the theatre and the influence and stimulation that can be produced from intelligent and entertaining performance.