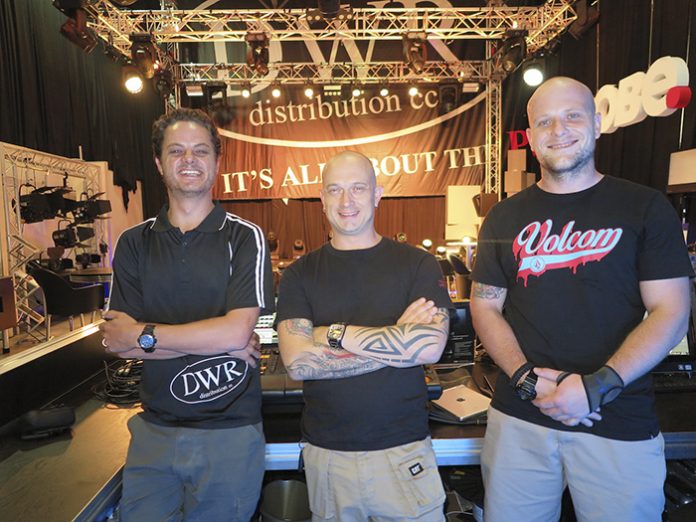 DWR Distribution’s Gareth Chambers and Jannie de Jager will be travelling to MA Lighting in Paderborn, Germany, for a training week hosted in February which will include MA Networking and the MA Network Switch, Fixture Library tips and tricks, grandMA2 Macros, VPU and MA3D with real world examples of getting the most out of these products, and product management and software development.

Technical backing and service is one of the main priorities at DWR. The training will enable Gareth and Jannie, along with Bruce Riley who is head of technical, to continue to provide product support and training.

Former DWR colleague and friend, Nick Britz, known for his passion for MA, relocated to the United Kingdom in January. “For the past five years, I have been Nick Britz’s understudy, and at the end of last year, I underwent intensive one-on-one training with him,” said Gareth. “I am feeling confident and enjoy the challenge of being able to help the guys in the industry with service and support. It’s really nice to have the responsibility of being the first point of contact and I’m up for the task. MA is constantly evolving which means there is never stagnation and always something new.”

New to DWR is Jannie de Jager, who joined the company a few months ago and has been job shadowing the technical support team, his knowledge and willing temperament earning him respect within a short period.

“It has been great working with Jannie,” said Gareth. “He is a fast learner and has been a big help. We make a great team.” When leaving school, Jannie started studying Civil Engineering, but while working at an engineering company for a practical he realized he did not enjoy construction. Through a friend he was introduced to the entrainment industry and was offered a position at Prosound, where he started off working at the company’s rental division which was in operation at the time, and then moved into sales where he was an ETC representative.

“I’ve always been a geek and a gadget freak, playing around on computers, gaming, getting my head around the technical and figuring things out,” said Jannie. Thanks to the way his brain is wired, understanding equipment and consoles has come easy. Jannie is driven by an inner commitment to help people and is personally driven by a sense to achieve. He also loves motorbikes. “Of course I enjoy lighting, design and technology but it’s the people in the industry that are so nice making it easy to be positive,” he added.

For Duncan Riley of DWR it’s an honor to have a person of Jannie’s calibre on board. “Jannie’s humble and friendly manner have made an impression on me, and even a few years back, I remember noticing his apprBruoach and willingness. He fits in with Bruce Riley and Gareth’s admirable spirit that nothing is too big or too difficult.”