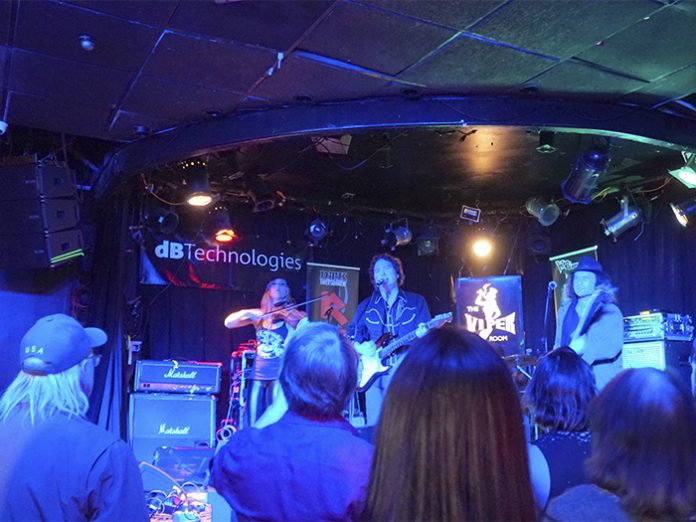 It’s been 25 years since Johnny Depp launched the Viper Room at 8852 Sunset Boulevard, and helping to mark the occasion is a revitalized sound system that draws its core strength from dBTechnologies VIO L208 active line arrays.

Having lost none of the dark, edgy vibe patrons first experienced when the doors opened in 1993, the Viper Room has played host to headliners like System of a Down, Tom Petty, Johnny Cash, and countless other local and national acts. One of the oldest commercial buildings still in use on the Strip, it stands in defiance of the onward march of luxury hotel developers that have invaded the neighbourhood in recent years.

“A lot of people are saying this part of town is undergoing an identity crisis,” says general manager Tommy Black. “Well, we’re still as true to our origins as ever. We’re a small space with high-energy acts, and our house acoustics are unique. I think that’s partly because of the materials used to build this place. There’s old wood in here. Local mobsters from the past like Bugsy Siegel and Mickey Cohen may well have loved this wood as much as I do. It gives the whole room the quality of a fine, vintage amp cabinet.”

Faced with the prospect of reaching the end of its last PA’s useful life, the Viper Room opted recently to add six of dBTechnologies’ VIO L208 loudspeakers to its main room. Flown in arrays of three each left-and-right of the stage, the L208s were installed along with compact Ingenia IG1T enclosures, which are in a downstairs lounge area. Onstage, a half-dozen DVX DM 12 TH bi-amped wedges serve as a final complement to the revitalized audio blueprint.

“Now we have the best PA ever in the club’s history,” production manager Tyler Kunze said without any reservations. “The coverage is wider, there are no dead spots anywhere. The vocals are upfront, the intelligibility and clarity have never been better. When I’m mixing, everything comes out of the master bus clean, warm, and clear—I don’t have to EQ anything.”

“Hey, he stole my quote,” Black quipped back. Together, the two are a duo on par with any of the greats: Brothers Angus and Malcolm Young, Kevin DuBrow and Rudy Sarzo, maybe even Nikki Sixx and Vince Neil. “But he’s right. I’ve been here 18 years and it’s the best I’ve heard. Things have changed so much for the better that now when I hear some of the regular acts, at first I think I’m listening to a new band that’s never been here before.”