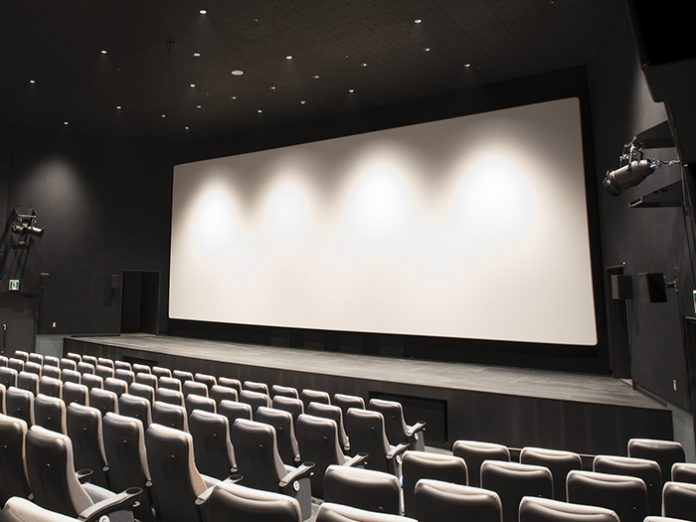 After months of closures and restrictions, movie fans are finally able to once again experience the sights, sounds, smells and buzz of shared experience, as cinemas and theatres around Japan get the go-ahead to reopen.

Among those who have reopened is one HUMAX CINEMA location, Yokosuka HUMAX Cinema, based in Yokosuka, a city in central Japan. This venue has used the time to reimagine its offering, welcoming audiences back with a new, upgraded sound system.

Early in the renovation process for HUMAX CINEMA, it was decided that this movie theatre would deliver an experience unlike any other. One of the new rooms would be re-designed as a multi-purpose venue to showcase live events as well as films. Yokosuka HUMAX Cinemas, alongside distributor Xebex Inc., were tasked with installing a stage and high-end audio system into the new multi-purpose room, called ‘Movive theater’. For this project, the team needed a sound system that would cater to the room’s unique configurations and take its sonic capabilities to the next level – for movies and live performances. After extensive research and consultation, the decision was made to turn to d&b’s Soundscape system to power the dynamic multi-purpose space.

“This is a unique project. Using a space such as this for movies and live events poses a significant challenge and we needed the right sound system that was capable of delivering on both,” said Yusuke Iwano, Yokosuka HUMAX Cinema’s Department Manager. “We listened to d&b Soundscape at two previous events, Kraftwerk concert in Tokyo and Sapporo City Jazz Festival, and knew straight away Soundscape would be the best fit for us. The decision, ultimately, was an easy one.”

However, the installation came with challenges as the system needed to be able to support both movies and live music events.

This is the first time Soundscape has been installed in a movie theatre and while audiences have yet to experience the full effect for live events, the new audio system has already received overwhelmingly positive responses from its movie screenings.

“We’ve received some great feedback already on social media, with audiences expressing how clear the sound is compared to other cinemas,” added Yusuke. “The last few months have been hard and it has been a long road to get to where we are, but d&b have been a huge support throughout and it has truly been worth the wait.”

The core of the d&b Soundscape is the DS100 Signal Engine, a high-performance audio processor with Audinate Dante networking, a powerful 64×64 level, and a delay matrix with extensive input/output processing. The full potential of d&b Soundscape is accessed via two optional software modules which together form a powerful toolkit for sound designers — d&b En-Scene and d&b En-Space. Both of which are accessed via the d&b R1 Remote control software.

For this installation, microphones were installed in the ceiling of the movie theatre. These directly feed the En-Space engine to energize the room with natural reverberation. In this theater, the Q-SYS controlling system provided by QSC is introduced. The Q-SYS system has a plug-in for the DS100 which enables an operator to control and monitor the d&b amplifier on an iPad. However, in this installation it is also possible to control reverberation signatures of the room directly from the Q-SYS control tablet. The loudspeaker configuration includes five units of 24S/24S-D in front and sixteen units of 8S as surround. The team decided the installation needed two sets of xS sub-woofers deployed in different positions: four 18S subwoofers installed behind the screen for movies, and two 21S subwoofers under the stage for live events.

“Soundscape allowed us to bring our unique vision to life,” said Yusuke. “There is no other cinema in Japan that can offer audiences both live performances and movies. With Soundscape we are giving audiences the ultimate immersive audio experience is a multi- purpose venue.”