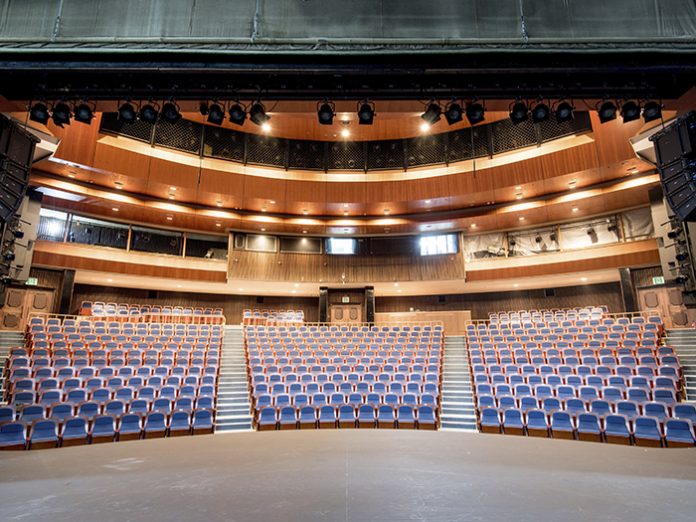 From set-up to rehearsals and throughout performances, clear communication between production team members around the building is vital for shows to run smoothly. After using Clear-Com’s partyline MS-704 and WBS-670 wireless systems for many years, the Grand Theater’s staff decided to update their systems with FreeSpeak II.

At Small Concert Hall, the staff transitioned entirely from using a radio system with one-way communication to Clear Com’s FreeSpeak II intercom solutions. Previously, their limited radio system created communication difficulties. The radio system required pressing buttons, an issue if operators were already using their hands. Critical audio delays would often cut off the beginning of messages. Accordingly, the staff at Small Concert Hall only used their system for urgent messages. Team interaction was severely limited, until they turned to Clear-Com’s intercom solution.

Choi Sung-kook, Director, Incheon Culture and Arts Center, said: “We knew we had to upgrade the communication systems in both venues to enable our staff to communicate freely throughout the building. Although we considered several products, we already knew that we could trust Clear-Com since our previous system in the Grand Theater had served us well for several years, and it was clear that FreeSpeak II could offer the robustness and reliability we needed to maintain communications across a wide ranging venue.”

When looking at intercom solutions from different providers, Incheon’s production staff chose Clear-Com’s FreeSpeak II because of its superior features and proven reliability.
One of these features was the wide range of RF coverage secured by the system’s multiple transceivers with numerous channels. Multiple transceivers placed around the two venues allow users to roam freely backstage and front-of-house and connect with individuals or groups across a reliable and seamless signal on the 2.4GHz frequency. They also noted how with the roaming function, there was no loss of communication during movement between sections.

With FreeSpeak II headsets and wireless beltpacks, Incheon’s production staff can now talk directly to each other as much as they like and respond immediately, while keeping their hands free for other tasks. FreeSpeak II also greatly improved audio quality for crystal clear communication and easy expansion as needed.

“With FreeSpeak II wireless intercom, our quality of life has changed,” added Choi. “Our communication equipment must help us to produce the best performance – once the performance has begun, if the communication between the participants doesn’t work, it’s doomed. Clear-Com is one of the most popular products in concert halls around the world, and the superior signal stability and sound quality we have seen over the years has boosted our trust in FreeSpeak II.”

” For over 50 years, Clear-Com’s systems have been the most reliable intercom solutions available, and are used in the largest and highest-profile events around the world,” said Yoo Jae-hyung, Head of One-Up Solution, “Their products integrate the latest proven technologies, not only with their IP-based systems that can be flexibly configured over the network but also with their digital wireless communications solutions that use the Gigahertz frequency bands.”