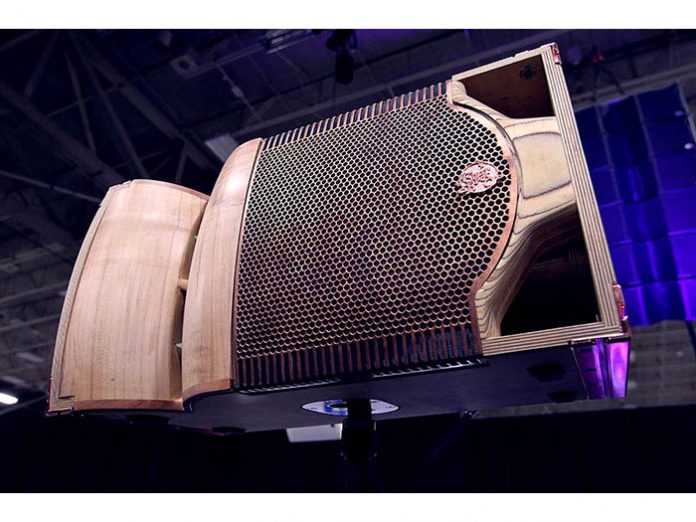 While the natural tendency of attendees at a “shootout” would be to pick the winner, that was not the intent of the program organisers at this year’s loudspeaker demo for houses of worship at the 2017 WFX Conference & Expo in Dallas, Texas. Sponsored by Live Sound International magazine, this aptly named “Live Sound International Loudspeaker Demo” was formatted as a round-robin demonstration all in one room. It was a wonderful opportunity for loudspeaker manufacturers to show their wares in direct comparison to their competitors; and was also a one-stop-shop boon for ministry representatives and other interested attendees. “The LSI Loudspeaker Demo was a great way to introduce the House of Worship market to our products in an un-biased manner” explained Henry Hissrich, business development manager at Clair Brothers.

Moving along a scheduled demo timeline, several hundred attendees were able to listen to each system one at a time, one after the other, for a span of thirty seconds each. To keep it fair, it was assured that each loudspeaker system received equal play on the exact same songs at the same decibel level with the round robin circling three to four times, allowing for different styles of music to be played. Each demo was accompanied by a video that highlighted which manufacturer and which system was being played at that moment.

Clair Brothers Compact System was comprised of six hanging C12 speakers plus iS218 subs on the ground. The C12 is an award-winning (“Best of Show” InfoComm 2017) line array incorporating a new approach in midrange and high-frequency technology with centrally located mid/high sections that provide 10-degree vertical coverage and variable horizontal coverage (application-specific, 60 to 140-degree range or fully customized to a room with Clair TrueFit technology), symmetrically flanked by low-frequency sections. Acoustic waveguide lenses control directivity of the midrange in vertical and horizontal planes, resulting in a highly-coherent midrange.

“While the bias in the industry tends to be towards smaller format line arrays, for the House of Worship market, we’re big believers in the ability to enhance the audience’s experience via the more robust full range performance generated by the C12 and our other larger format arrays.  We have numerous examples of how this philosophy has benefitted our customers.” said Henry. The C12 remains compact vertically because no subs are needed directly above, thus staying clear of any side screen projection sight-lines.

The Portable System from Clair Brothers was the kiTCURVE12+ pole-mounted atop a kiT-Sub+, both self-powered with custom Powersoft amplifier modules. The kiTCURVE12+ is a full-range, curved-array, high-output loudspeaker with a custom 12-inch transducer and two 1.4-inch-exit (3-inch voice coil) high-frequency drivers coupled to an all wood 90 by 15-degree (h x v) constant curvature, constant directivity horn delivering uniform coverage in both near-field and medium-throw applications.  Henry explained, “The kiTCURVE12+ continues to be a differentiator in the market for us.  From portable to arrayed configurations for larger venues, this system stands out among its peers.”

While no awards were handed out as a result of the round robin, a consistent opinion emerged as the competition went on. According to Henry, “Over the course of the show, more than a few attendees came up and complimented the Clair Brothers system performance.  Of course, I take most show feedback with a smile because you never know for sure if somebody might be telling every manufacturer the same thing. But this was a great opportunity to demo our systems for this audience to broaden the appreciation of our products.”

During a follow-up phone conversation with Henry after WFX, one attendee confirmed the feedback from the demo: “I was very impressed with your gear at the recent Dallas show. Both the big rig and the portable rig seemed to have stolen the show, as far as I am concerned.” That attendee has since become an owner of a kiTCurve12+ system. It’s safe to say this third trip to WFX Conference & Expo for Clair Brothers was most certainly a charm.

Clair Brothers is an American, professional sound reinforcement innovator specialising in designing and manufacturing high-quality loudspeaker systems. If you would like more information about this topic, or to schedule an interview with Clair Brothers sales or engineering representative, please call (717) 665-4000 or email at claire@claircompanies.com. You can also find more at www.clairbrothers.com.