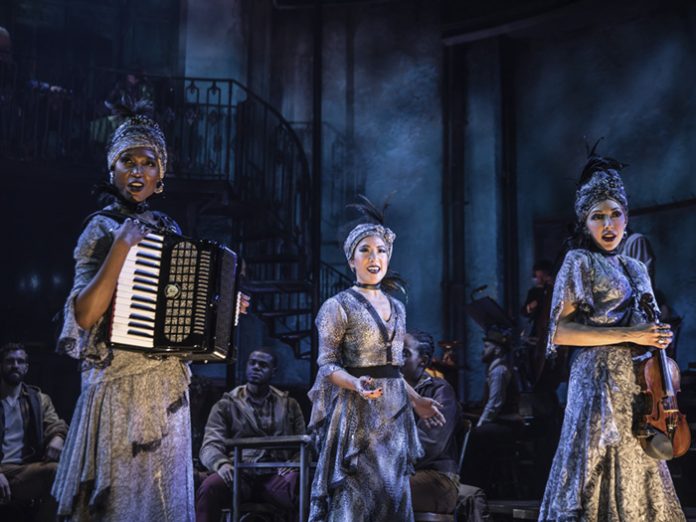 Selected for its ability to communicate DMX data wirelessly in the 900MHz band at a distance of up to 300 feet indoors, Multiverse Transmitters, in combination with Multiverse Nodes operating on a SHoW DMX Neo SHoW ID, broadcast DMX data to QolorFLEX® Dimmers that provide dimming control for battery powered headlamps used for the show’s daily performances, as well as in the company’s 2019 Tony Awards performance on June 3, 2019 at Radio City Music Hall.

“Getting set up with Multiverse wireless DMX was unbelievably good,” said Justin Freeman, Production Electrician for Hadestown. “Communication with City Theatrical never stopped. If things changed, Multiverse changed with us. It has been very successful for our show.”

Recently recognized as the winner of the Live Design Award for Best Debuting Product in the Lighting Accessories and Integration category at LDI 2018, the Multiverse Transmitter 900MHz/2.4GHz (P/N 5910) model can broadcast as many as nine universes of DMX data (licensed for use in North America) from a single transmitter, while producing less radio energy than present-day single universe systems. The Multiverse Transmitter 2.4GHz (P/N 5911) model can be used to broadcast up to ten universes of DMX data from a single transmitter anywhere in the world.