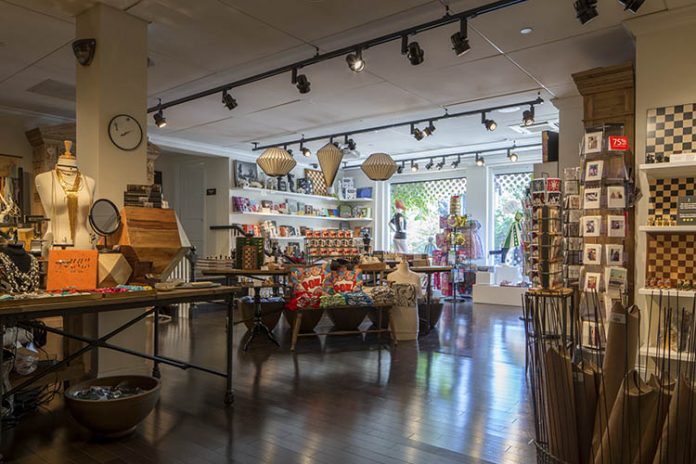 Played by more then 605 million adults and countless children, chess has long been one of the world’s most popular pastimes. Since 2008, the Chess Club and Scholastic Center of St. Louis has led the way for U.S. chess education and competition, including hosting the prestigious annual U.S. Championship, U.S. Women’s Championship, and U.S Junior Closed Championship, as well as housing the World Chess Hall of Fame. Along with chess classes, summer camps, and field trips, the center offers a variety of community events, including a family day, film night, and monthly music series

Designing an advanced audio system for the Chess Club might not be as daunting as playing chess with a grandmaster but it was challenging nonetheless. “This is a group of very creative people, and they’re constantly coming up with new presentations, displays, and other projects,” praised Cignal Systems Vice President Brian Rice, who headed up a design team that also included Project Manager Doug Hill and control systems manager Mark Olsen. “We had to step up our creativity to give them an audio system that matched the flexibility and creativity they demonstrate all the time. Using a Dante network connected with Attero Tech unD6IO four-in, two-out Dante wall plate interfaces, we were able to provide sophisticated audio distribution throughout the three floors of the facility and make it easy to use.”

Attero Tech’s role in the project went beyond supplying unD6IO interfaces. “Early in the project, we discussed with Attero Tech what we were trying to do,” confirmed Brian. “They corrected some of our assumptions and pointed us in a more appropriate direction for best using their technology. And because they keep pushing their technology forward, the interfaces we ended up installing had a lot more inputs and outputs than we had originally specified. With their help, we brought a lot more value to the customer, and we were able to achieve greater results within the implementation of the design. We appreciated that.”

The Chess Club features three galleries and an assortment of classrooms and other spaces on the first two floors and a performance space on the third floor. Also on the ground floor are an outdoor patio and the Q Boutique, hailed by the local media as one of St. Louis’ best gift shops. The club wanted to be able to send audio from any source, including the performance space, to any speakers in the network, including in the gift shop and patio.

Brian’s team specified a distributed, IP-based sound system based on SoundTube IPD Dante-enabled IP speakers and a Symetrix Prism 8×8 DSP, with a unD6IO interface in each space. “Attero Tech unD6IO interfaces offered the best way to get inputs and outputs into each of the front galleries through our Dante network,” Brian reported. “We route the Attero Tech unD6IOs to a switch, which is connected to a Symetrix Prism DSP that manages our analog wireless systems and playback devices throughout the facility. From the DSP, digital audio goes into the Dante backbone, where it is routed and distributed. The IP speakers have onboard processing so we can adjust them to the acoustic environment. The DSP mostly manages the Dante network and provides some auto-mixing.”

The third-floor performance space also uses a distributed speaker system but with the addition of subwoofers. “It’s not a big room but they wanted a bit more intelligibility and a bit more lift,” Brian recalled. “The musical performances are acoustic, so they don’t need a lot of volume. When they do want big, booming bass-they have some rap battles, hip-hop, and other contemporary audio in their chess videos-they can hook up a subwoofer. We’ve done sophisticated programming with our control systems that crosses over the distributed system, rolls off the low end, and channels that to the subs when needed.”

All sources can be routed to any combination of speakers throughout the network. “If they have a multi-level showing, and someone comes in to speak about a particular chess set or exhibition, they can put a wireless body pack or handheld on the lecturer,” Rice details. “As the person moves from floor to floor, that audio can be piped to any or all floors. There’s no awkward microphone changeover; audio just flows from one space to the next.”

The monthly musical performances became so popular that the club wanted to pipe the music out to the patio in front of the museum. “The Chess Club is part of the cultural atmosphere of the Central West End,” offers Rice. “Immediately adjacent to the patio is a Starbucks coffee house, and people buy coffee and then sit on the patio and enjoy their drink while listening to the performance. The club also can channel the music to the first and second floor galleries.”