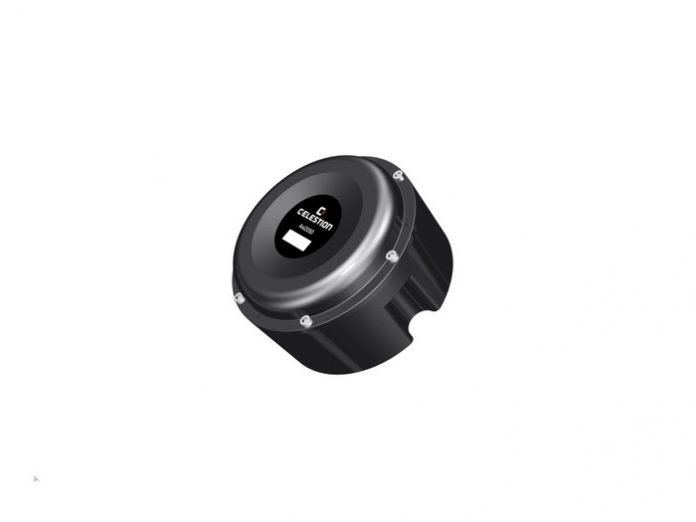 Performing the role of two speakers in one, the Axi2050 is a high power, high-output driver which reproduces a frequency range of 300Hz-20,000Hz without the need for a midband crossover. The Axi2050 delivers an extended frequency range and an exceptionally accurate signal, particularly in the critical listening band: : enhancing clarity and speech intelligibility, as well as reproducing music more dynamically and with greater coherence.

In contrast to most existing high-sensitivity, wideband drivers which are designed with two separate diaphragms, the Axi2050 uses a single, large diameter, sculpted, circumferentially axiperiodic, annular titanium diaphragm. This breakthrough technology enables the device’s remarkable wideband output, as well as providing a number of other significant advantages.

The result of more than five years’ research, the Axi2050’s patented diaphragm design consists of many curved, axiperiodically symmetrical elements which adds immense strength to a very thin and light sheet of titanium. Consequently the shape of the mechanical vibration modes are tailored so they do not couple with the acoustic modes; enabling the device to deliver a very uncoloured performance by avoiding resonance peaks.

This single diaphragm has a diameter large enough (more than 175mm) to reproduce frequencies as low as 300Hz, while still having a small enough moving mass to facilitate high frequency reproduction. And the diaphragm’s large surface area and axial flexibility enables the generation of very high SPL, even at low frequencies.