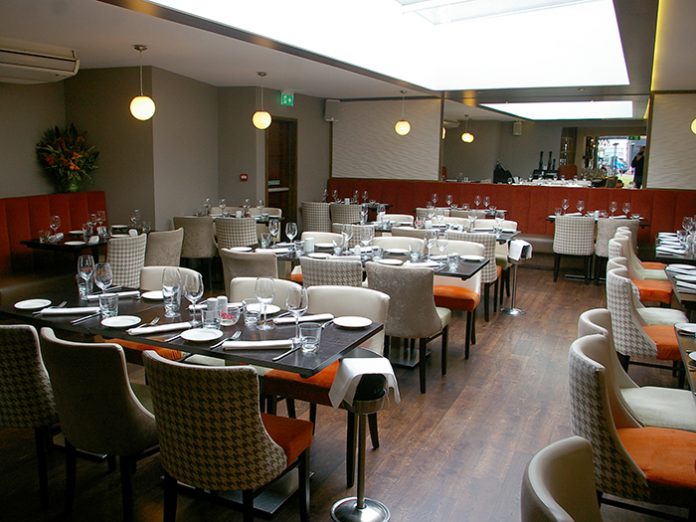 Situated on The Green in the gentrified North London suburb of Winchmore Hill, Buckle and Vaughan is a spacious bar and dining space that is all about atmosphere.

Owned by Neil Friar, the atmosphere was sadly lacking when the venue opened four years ago, largely because the sound system was insufficient for the venue’s needs. Several years later and Penguin Media Solutions were brought in to upgrade the sound with a potent Martin Audio CDD6 ultra-compact solution, using award-winning Coaxial Differential Dispersion technology.

CDD series has provided the solution for many Penguin installations since its launch. Director of Operations and Project Manager for this job, Dylan Thompson said: “It’s difficult to justify installing anything other than CDD. It’s an attractive box, produces a great sound and has a useful dispersion. On top of that, it’s a recognised brand and it’s sensitively priced.”

He explained that his company had originally been introduced to the project at its inception. “We have done previous work for the owner but for budgetary reasons they went for a local electrical contractor, and the 100V line system, with three-inch drivers, created no atmosphere whatsoever. It would only go a couple of dB above the ambient noise and then sounded trebly and strained, with no bass, warmth or intelligibility whatsoever.”

Second time around Penguin were given free rein, and determined to match the aesthetic of the bright décor they commissioned a total of 10 CDD6 with powerful 6.5 inch drivers in white. A Blackline X210 (two 10-inch) subwoofer has been concealed discreetly in a pre-ordained space at the bar, with a second providing LF extension in the function space at the rear.

Four CDD6 are wall-mounted in each of the restaurant and function room spaces, with a further pair at the bar.

An input is located behind the bar for a laptop or iPod plug in, with several other plug-in points available for private hire use and the occasional live music on a weekend. The main source material is background music piloted from a laptop, routed throughout the venue via a zoner.

“We have kept everything nice and simple,” said Dylan. “In fact, the biggest challenge was removing the old 100V line wiring and re-cabling, while ensuring the restaurant didn’t have to close – no trading was interrupted. It’s a nice sounding room, acoustically, and we were able to use the factory EQ settings on the CDD’s, with just a couple of minor tweaks. It has made a big improvement to the sound.”

Buckle and Vaughan general manager, Ricardo Almeida, agreed. “We are very happy we took the decision to replace the old system,” he said. “It’s absolutely a major improvement.”