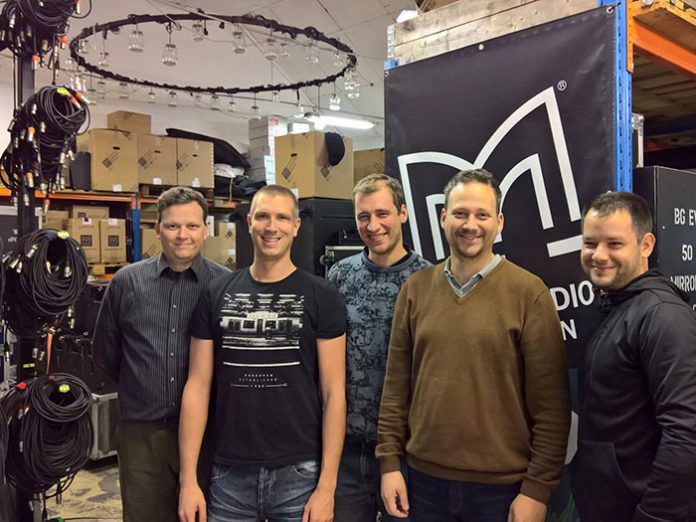 The Budapest-based company was originally created for a single project back in 2011, and only became active again when owner Gergő Szentiványi sold his shares in the previous company that was importing the brand.

Today, BG Event also operates as a rental company, with an inventory containing a wide range of the British company’s PA’s. In addition they have moving lights and modular stage system.

BG Event initially purchased a Martin Audio MLA Compact Multi-cellular Loudspeaker Array and WS218X subs — with a view to selling the system in the territory. But the market demand was so great that “we had to start doing gigs with it to demonstrate the capabilities of the system,” says BG Event Business Development Consultant, Balázs Szentiványi. “Eventually we loved it so much that we decided to keep it for ourselves and add to our rental arm”.

The system has been put to good use with a number of subsequent projects for MLA Compact. One of these was the major Sziget Festival, where they equipped the conventional Europe and Colosseum round electronic stages with the enclosures.

On the distribution front, the company has added Martin Audio as a front line brand to the many manufacturers which it already sub-distributes. “Martin Audio is prestigious and well-known in the country; but while in many cases ageing gear needs to be replaced with new technology, investment cost is always an issue in Hungary. However, we will build brand awareness through social media, exhibitions, print advertising, and using the products. Doing gigs with the MLA Compact will create its own impact.”

BG Event also plans to hold demonstrations with the full Martin Audio CDD range as well as the new BlacklineX — with a view to staging an MLA seminar later in the year. “We are very excited by all the new models released,” continues Balazs. “This is particularly the case with the complete CDD range, including CDD-LIVE, and now BlacklineX series.”

BG Event’s most recent exposé was at the Budapest Music Expo, the only existing trade show in the region, with around 10,000 visitors attending during the three days. The full CDD range was on show including CDD-LIVE 8 and 12, as was the entire BlacklineX series. “Also, the MLA Mini was rigged above the booth and a pole mount stack on the floor,” Balazs continued. “We brought four MLA Compact cabinets and two W8LM, as there is still interest, while the cherry on top was the DD6 and pair of WS218X.” Visitors came mostly from Budapest, with the remainder from other parts of the country as well as Slovakia, Romania, Serbia and Russia.

In conclusion, Balázs Szentiványi is optimistic for the future, citing the good relationships his company enjoys with other rental partners. He describes his company’s new appointment by Martin Audio as “an honour.” “It’s a brand that we truly believe in,” he says. “Even though the Hungarian market is very challenging and it is difficult for customers to fund purchases, we are still able to sell product, and being based among the influential technicians in the capital, we are certain we can keep up the pace.

“The key is to provide customers with the same passion in the brand that we have. And with the support of Martin Audio, we in turn can also support our clients and ensure the pool of users continues to grow.”