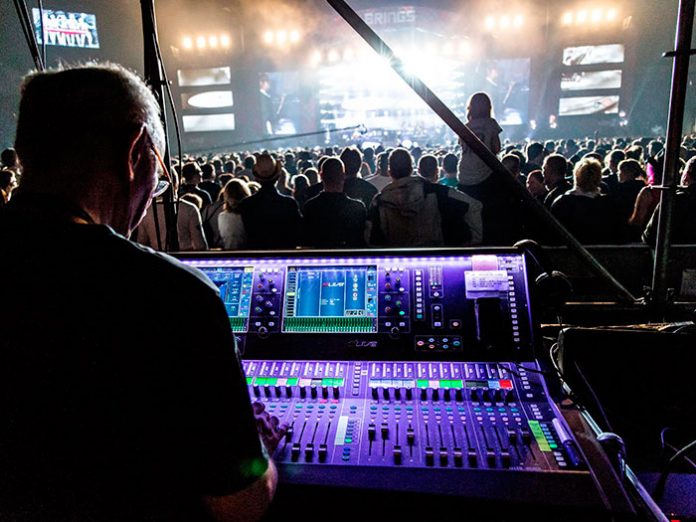 Allen & Heath’s dLive digital mixing system has been out on tour with German band, Brings, culminating in a huge gig staged at the 50,000 capacity Cologne football stadia.

The band is based in Cologne, so the homecoming gig was the largest of the tour, supported by three local bands. The setup included two dLives at FOH, several expanders, and digital splits for the monitor console and OB Van for a live stream and recording.

The dLive system comprised S7000 Control Surfaces with DM64 MixRacks and DX32 expander racks. Dante and MADI network cards were fitted in the MixRack, where the Dante card was provided for the support acts, which were using a GLD-80.

Brings FOH Engineer, Georg Ganser gave a concluding comment: “The Allen & Heath dLive system sounds amazing, the design of the surface is perfect, easy to arrange and also to operate. I´ve always had the impression that everybody at Allen & Heath knows their job and they know how live mixing works. All in all it´s 5 stars for A&H and for the super support of Audio-Technica Germany.”