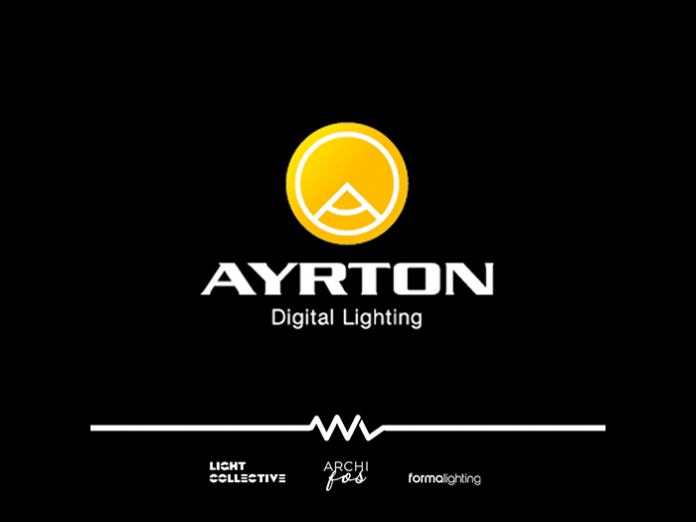 Launched in 2019 on International Women’s Day by Light Collective, Women in Lighting (WIL) is a digital forum where women can inspire, support and encourage the next generation of female lighting designers. It provides a platform on which women designers can share their passions and achievements and celebrate their work. Its worldwide programme of events and activities is augmented by a series of online interviews where women share their career paths and goals with other members. (https://womeninlighting.com/site/your-interviews)

In two short years the project has grown rapidly and is now represented in over 70 countries by its network of ‘ambassadors’, women who act as a point of contact for those seeking to discover more about WIL, join the supportive community and benefit from the many online activities which are tailored to the different needs within each country.

Until now WIL has focused largely on women working in architectural lighting, but the new collaboration with Ayrton brings a new engagement with the entertainment lighting industry, and an opportunity to raise awareness and expand the network into a different market.

“Our intention is to build bridges between different lighting industries as well as redress the balance of the heavy bias towards male lighting designers,” says Sharon Stammers, co-founder with Martin Lupton of Light Collective and Women in Lighting. “However, Women in Lighting is not only about gender equity. It’s also about inclusivity and how this is beneficial to an industry as a whole. Ayrton is perfectly placed with its great knowledge of and connections within the entertainment industry and is the ideal partner to help us spread the awareness of WIL and how it can help people.”

To mark the start of this new collaboration between Ayrton and WIL, an online workshop will be held on 14 September 2021 from 13.00 – 15.00 BST. Registrations can be made via this link. Ayrton is also sponsoring 3 new interviews from international stage and television lighting designers which will be launched alongside the workshop. The interviews will appear as Project interviews on the WIL website www.womeninlighting.com

From the United States:
Anne Militello is the Founder of Vortex Lighting in Los Angeles and Head of Lighting Programs at the California Institute of the Arts. Ms. Militello is a renowned theatre and architectural lighting designer as well as an educator and fine artist with a career spanning all aspects of creating with light. Her career began in theatre and music clubs in New York City and eventually to Broadway, international opera, and touring concert stages. She was a Show Lighting Designer at Walt Disney Imagineering and Universal Studios before starting her own company which focuses on architectural projects.

Ms Militello received the OBIE Award for Sustained Excellence, the Paul Waterbury Award of Distinction from the IESNA, an IALD Award of Merit and Themed Lighting Designer of the Year from Lighting Dimensions International among others. She has been featured in the New York Times, New York Magazine, Newsweek, Time Magazine among others and was the subject of a BBC Documentary.

From Japan:
Emi Yatabe is a senior lighting designer at Nippon Television Network Corporation in Tokyo. With a background in Electronic Engineering, Ms. Yatabe started to learn about lighting when she joined the TV broadcasting company in 1995. She had no previous knowledge or experience in lighting before that, so everything was learnt on the job. Her job at the TV station is mainly to facilitate lighting design for music programmes and live streaming videos.

From Zimbabwe:
Mildred M. Moyo, a.k.a Lighting Bae, is a Stage Lighting Designer from Bulawayo whose career began as a wild and scary dream when she dared to venture into a male-dominated industry and further defied odds by moving from Bulawayo to Harare to grow her knowledge base and network as a lighting designer. The challenges of single motherhood could not stand in her way to learning. She also launched a lighting solutions company called Phenomenal Lighting, the only stage lighting company owned by a female in Zimbabwe.

“We are very excited to team up with Women in Lighting to support the empowerment of women everywhere and, with its global network of ambassadors, where and how they most need it,” says Ayrton’s Linnea Ljunkmark. “Ayrton is very keen to expand this support across the entertainment industry to allow women in lighting greater recognition and the confidence to work in their chosen field with pride.

“Ayrton is an international company with a high percentage of women in our team. We know from our contact with our customers how much of a contribution women lighting designers – and in all roles – make to our industry and want to encourage other women to become involved, express their creativity and use WIL to discover the many different facets of lighting available to them.”

The Women in Lighting project is open to all women working in stage, concert, television, events or any other areas of entertainment lighting across the world – all of whom are invited to become part of the project.

There are a number of ways to get involved: check out some of the amazing interviews, sign up for the regular WIL newsletter or submit your own interview via the WIL website. You can join upcoming events by following WIL on social media: LinkedIn, Facebook, Instagram.