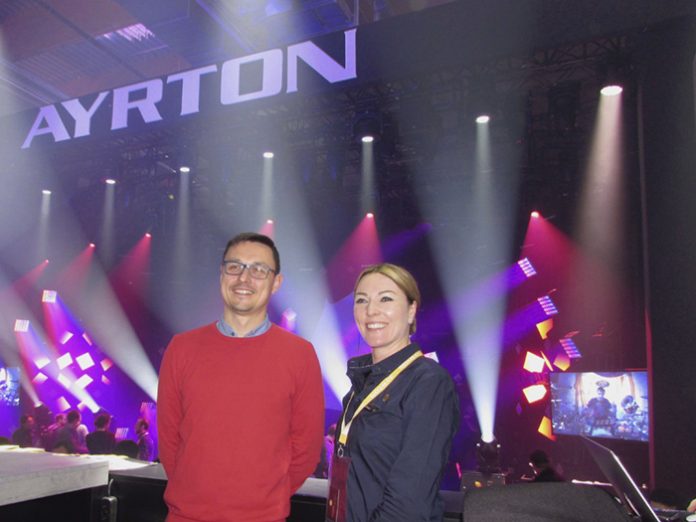 Ayrton is delighted to announce a further expansion of its international distribution network with the appointment of Lunatec Sp. z o.o. as its new exclusive distributor for Poland, which takes place with immediate effect.

Headed by CEO Michał Bisikiewicz and sales manager Adrian Gediga, Lunatec is a newly formed company with a wealth of industry experience. Michal has over 20 years of experience in the sales and rental of high-end professional lighting equipment to the Polish market with a specialism in television and broadcast, while Gediga brings an equal pedigree from twenty years experience in Germany, including his time at VisionStage, the erstwhile Ayrton distributor for Germany. They have worked together many times over the years so when Ayrton approached them with the view of changing its distributorship in Poland, they found the proposition very interesting.

“Ayrton has always been a stand-out company and its presence at Prolight+Sound,
Frankfurt showed it has the full spectrum of products with a beautiful homogeneity across them all,” said Michal. “But when Ayrton released its Ghibli profile spot, followed by Khamsin, our decision was made. Here was a product that could do everything and showed Ayrton was moving in a good direction; it caught the attention of all the big companies in Poland. We were approached by Michael Althaus, Ayrton’s global sales director, who explained Ayrton’s road map for the future, and we are convinced that Ayrton is the No1 for products, without equal.”

Lunatec Sp. z o.o. was formed with the sole purpose of distributing the full range of Ayrton products across the whole of the Polish market, including theatre, broadcast, entertainment, festivals and Poland’s many rental houses.

“It is lighting designers who create the market, and Polish rental houses are keen to keep up with the latest equipment of the highest quality to service their ever-changing needs,” continued Michal. “We are now in a position to service those customers with the best products and after-sales service and are excited at the prospect of the busy time we have ahead.”

“I think the fact that Lunatec was founded to distribute Ayrton says it all,” said Linnea
Ljungmark, international sales for Ayrton. “We have the moving lights and they have the
local network and energy to strongly move forward – a perfect match!”