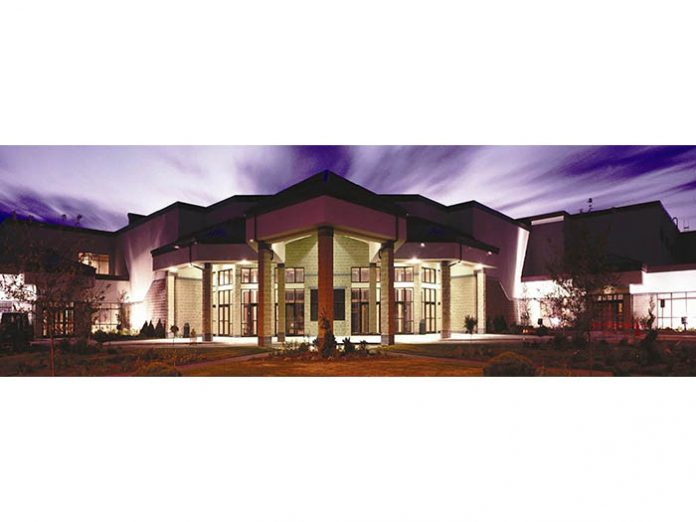 Scott Tomashek, director of A/V design engineering at Camera Corner Connecting Point (CCCP) of Green Bay, Wisconsin, was called on to design and install a new sound reinforcement system for a church where he had served as technical director.

Christ the Rock Community Church in nearby Menasha, Wisconsin, and Scott designed a great system for its 1,200-seat sanctuary with SLS loudspeakers and subwoofers. Because the church already had a DSP unit with Dante output, he found the “buffet of possibilities” afforded by Ashly Audio’s nX-Series would give him the power, footprint, and Dante interface that he needed without wasting money on unneeded DSP. “I was hired as technical director at Christ the Rock Community Church just after its current building was completed in 2001,” Scott said. “We were all excited about a brand-new sanctuary and a brand-new sound system. However, we came to learn that although the sound reinforcement system had great components, they weren’t the right system for the room.

The speakers had coverage patterns that were too tight so not everything got covered, and there was weird lobing on top of that. It was rewarding to be on this project because I got to design the system that we always felt we should have had from the start.” Tomashek and the church’s current technical director, Andy Cox, auditioned three loudspeaker/sub systems, settling on the SLS Audio Ribbon line array.

Christ the Rock Community Church had recently put in a new sound system in the lobby with a beefy BiAmp DSP, and Cox wanted to use that processor for the sanctuary system, with a Dante feed for the amps. “I needed an amp that would accept a Dante input but that didn’t have DSP built in – because why spend money on DSP the church didn’t need?” Scott asked. “I also needed a high-quality amplifier that would be reliable for the long run. Ashly’s nX-Series of amplifiers was perfect. Ashly’s got the history and the reputation, and I could order amps with Dante and no DSP.”

“Installing the Ashly amps was easy, and the Dante setup was quick and smooth,” Scott said. “We met all of our design goals, and it was satisfying to finally hear that room the way we had always wanted it to sound. The church members noticed too! Andy got a lot of compliments, including a few folks who were hard of hearing but rejoiced in telling him they could understand every single word with the new system.”