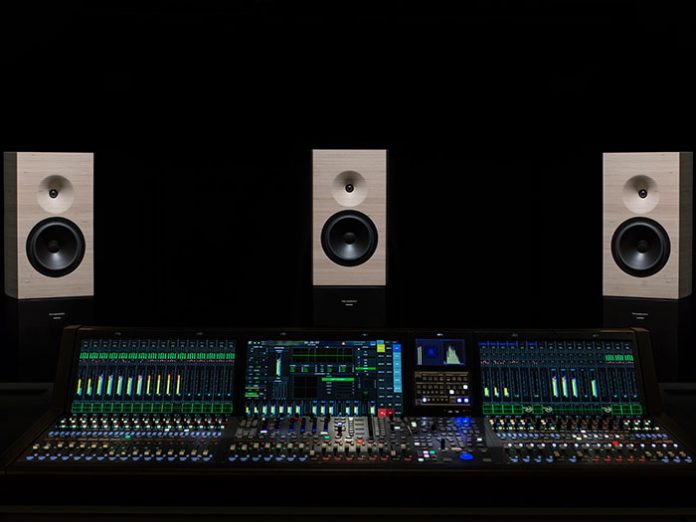 Amadeus has announced the completion of a new install and acoustical design project for the Philharmonie de Paris concert hall studios. While Amadeus is well known as a high-end professional audio products designer and manufacturer for sound reinforcement systems and studio monitors, the Company also runs Amadeus Labs, a specialised acoustics research and consulting unit.

With its design, ergonomics and acoustics devised by Yasuhisa Toyota of Nagata Acoustics and Sir Harold Marshall from Marshall Day Acoustics, the Philharmonie de Paris is among the most unique symphonic halls in the world. Built to immortalise the performances of the world’s most prestigious symphonic orchestras, the Philharmonie de Paris mixing and mastering studios required a monitoring system of upmost transparency, placed in the highest-level optimised acoustic spaces.

Having acoustics and electro-acoustics match up is a basic premise of our design philosophy when designing and outfitting spaces dedicated to creation, mixing, mastering, postproduction or dubbing, or just high-level listening, among other tasks,” says Michel Deluc. “Our inclusive approach and dual expertise have made us able to create perfectly imagined spaces where the acoustical response has been perfected, ready to house the monitoring systems we design in parallel. We have many successes in the field of acoustical and/or electro-acoustical custom design”.

“The acoustics I design aggregate a lot of techniques I acquired, imagined and developed during the last 30 years for various complex spaces. This specific project required an acoustical response combining high clarity, great intimacy and depth, echoing the choices Yasuhisa Toyota and Sir Harold Marshall made for the Grande Salle,” adds Deluc.

The main Philharmonie de Paris rehearsal room hosts not only public orchestra rehearsals, but also pre-concert events, conferences and chamber music/amplified music concerts. The Studio Salle de Répétition is equipped with a tailor-made acoustical treatment, very similar to the treatment used in the Studio Grande Salle. Each studio is equipped with a unique Surround monitoring system, made up of five AmadeusPhilharmonia speakers, along with an Amadeus ML 15 D subwoofer.