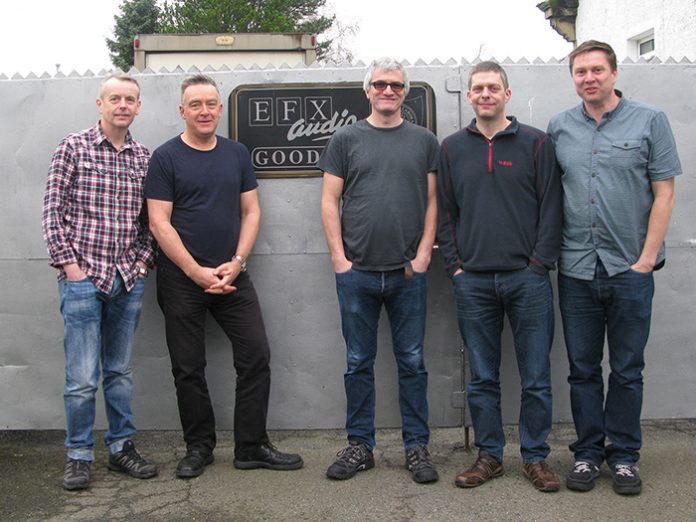 Adlib has announced the acquisition of EFX Audio, in Scotland. Since the early nineties, Adlib has enjoyed close connections with numerous Scottish artists including: Texas, Del Amitri and Gun, together with their management and associated promoters. Naturally, Adlib has also evolved a close business relationship with EFX that has developed into a genuine friendship.

Adlib’s MD and Texas FOH engineer, until 2014, Andy Dockerty recalled: “I remember mixing my early Texas shows in Scotland and being extremely impressed with the way the EFX sound systems were presented. They set the standards in Scotland and had a huge part to play in how Adlib developed during the early nineties. It is a true benchmark company.”

In addition to this: “The opportunity to develop this company further and continue the amazing work of industry legend, Johnny Ramsay, was too big an opportunity to miss,” stated Andy.

Adlib opened a Scottish office last February under the stewardship of Graham Cochrane predominantly to support its sales and installation clients, which include numerous restaurants.

Since then, Adlib have supplied audio for the Main Stage at T in the Park 2015; installed an L-Acoustics Kiva system into the Glasgow Royal Concert Hall and provided all lighting for the recent 2015 World Gymnastics Championships at the Hydro Arena in Glasgow.

The success of Adlib’s Scottish Office so far proves there is scope for considerable investment – in both equipment and infrastructure – for further development. The acquisition of EFX, Scotland’s primary audio company, will provide a platform for Adlib to grow its business in the region and service clients to the high standards they expect.

Significant investment in additional stock will include a 24-box L-Acoustics K2 system and a wider range of consoles including DiGiCo, Soundcraft and Avid. “The additional kit will provide our clients with considerably more options without having to go further afield,” said Graham Cochrane.

Adlib’s ethos is always about the people first, and the purchase of EFX is only part of this ongoing story.

“We are delighted to confirm that Steph Fleming has also joined Adlib” said Andy, “This provides continuity and enhances the Adlib team in general. Steph and Graham at the helm are the bedrock of a solid platform to develop Adlib’s name in Scotland.”

News of the acquisition coupled with Adlib’s close ties with Scottish music industry’s bands and promoters over 25 years takes these relationships to another level in terms of both personnel and equipment.

“We are hugely excited to see this step become a reality. The intention is to move into the new warehouse in early 2016 and start to rollout of all the comprehensive training opportunities that Adlib currently offers in Liverpool. We want to develop the talents and skills of local engineers and aspiring new ones … and further cultivate relationships with the community of Scottish technicians we already know. We believe the potential opportunities for all are massive,” concluded Andy.