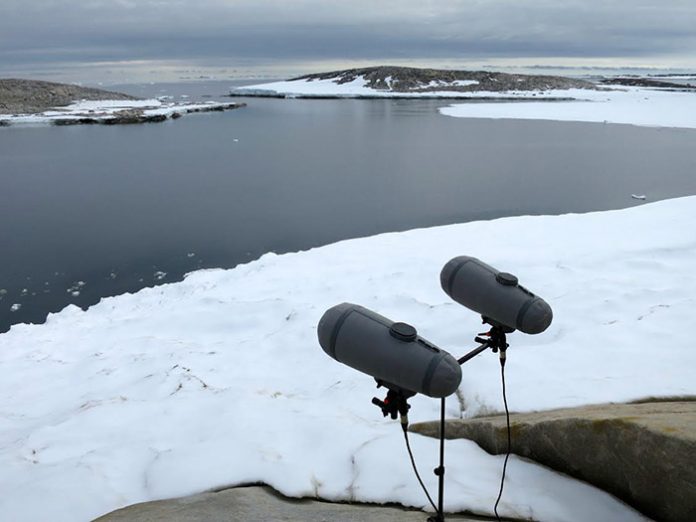 From recording the sound of Antarctic wind and saving a Gibson True Vintage guitar, to making movie magic in Hollywood and capturing the sound of termites at dawn in Africa – these were just some of the 700 plus stories received by DPA Microphones in response to its recent ‘Tell Us Your Story’ competition.

The company asked customers to share stories about how they use microphones and offered a range of prizes, including a first prize of €2,500 (US$2,800) in DPA microphones and accessories.

“We were overwhelmed by the response and very surprised by the creativity of so many of our users,” says Anne Berggrein, DPA’s VP of Marketing. “It was great fun hearing about the many different environments in which our mics have found themselves and the applications they have been used for. Picking a winner was hard because there were so many to choose from.”

In the end, it was Australian sound artist Philip Samartzis whose story most captivated the judges and won him first prize. The recipient of two Australian Antarctic Division Arts Fellowships (2009 and 2015), Samartzis used his Fellowships to document the effects of extreme climate and weather events in Eastern Antarctica, and Macquarie Island. His most recent trip was to Casey Station, the biggest of three Australian Antarctic research stations in Eastern Antarctica. Inspired by the photography of Herbert Ponting and Frank Hurley, Samartzis wanted to use sound recording techniques to convey the ferocity and atmospheric effects of the Antarctic conditions, especially the low gravity katabatic wind that gains force as it travels down elevated slopes.

“The presence of katabatic wind inevitably shapes the way sound is heard and experienced on and off station,” explains Philip Samartzis. “It can push sound away from you and it can draw it closer to you. Its intensity can mask sound and its absence can heighten it. At its most ferocious it simply obliterates everything within its path.”

To prevent the Antarctic winds from blowing his microphones away, Samartzis used a variety of techniques including an Ice Anchor, where the base of the mic stand is covered with ice so that it literally freezes to the ground. “It is like placing sandbags on the base but so much easier as there is no shortage of ice,” he says. “The same technique is used to secure tents and other equipment in the field.”

The d:dicate 4006s were placed in Rycote Cyclone windshields, which protected them from the elements. Samartzis says that at one point the windshields were frozen blocks of ice but the mics kept on recording. The main problem he had was with his field recorders, which seized up from time to time due to the build-up of ice.

As a long-term user of DPA microphones, Samartzis was not surprised by how well they coped with extreme cold. “I have deployed DPA microphones in many extreme environments and they have always performed flawlessly,” he explains. “I have nothing but the highest regard for these amazing microphones, which have served me so well since I first discovered them in Denmark in 1997. I have rarely worked with any other microphone since.”

Samartzis is now planning a trip to Greenland in 2019 to document the East Greenland Ice-core Project, which aims to retrieve an ice core by drilling 2.5 kilometres down through the Northeast Greenland Ice Stream.

For his prize, Samartzis has chosen a pair of DPA d:dicate ST4011 cardioid microphones so that he can explore new stereo and surround recording configurations and techniques. He plans to use them on a public art project he is working on in Tokyo, documenting the sound ecology of a traditional shopping district.

“I am really thrilled to have won the competition,” he says. “I entered with the intention of sharing my experience of working with DPA microphones in extreme conditions, which I thought would be of interest to other users. I didn’t give it much thought beyond that so it was a real surprise when I was informed that I had won. I am very grateful.”